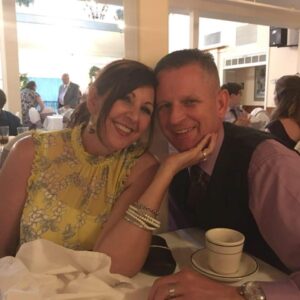 Dr. Scott E. Thompson was born in Slidell, Louisiana and raised in Shreveport, LA.  Scott’s family is originally from Mobile, Alabama.  He graduated from East Texas Baptist University in Marshall, Texas with a Bachelor of Applied Science degree where he received the Outstanding Senior Preacher award, and from New Orleans Baptist Theological Seminary with a Master of Divinity degree and from Mid-America Baptist Theological Seminary with a Doctor of Ministry degree.

Scott has been involved in several short-term mission endeavors to include evangelism and/or church planting in Mexico, Ukraine, Zambia, Malawi, India, El Salvador, Costa Rica, and the Navajo Indian Reservation.  Scott has also served as adjunct professor of preaching for the New Orleans Baptist Theological Seminary in Ryazan, Russia.

In 2008, Scott returned to the Louisiana Army National Guard as a Chaplain for the 527th Engineer Battalion.  He has also served the 1/244th Aviation Battalion, the 204th Theater Airfield Operations Group and currently serves as the Joint Force Headquarters as the Deputy State Command Chaplain.  Scott also serves as a law enforcement Chaplain for the Alabama Law Enforcement Agency.  He is very proud to serve his country, the state of Louisiana, soldiers, their families, the state of Alabama, state troopers, and their families.

Scott became the pastor of Ridgecrest Baptist Church Ozark, Alabama on January 1, 2018.  His desires are to preach God’s Word and work with Ridgecrest to love God, love people, share the Gospel, and make disciples.

Scott is married to the beautiful and godly Renee’ Thompson. They are the parents of a son and daughter.

You can hear Dr. Thompson each week at Ridgecrest Baptist Church at one of our two Sunday worship services: 10:30 am and 6 pm.  Sermons can be watched live on the RBC YouTube channel. 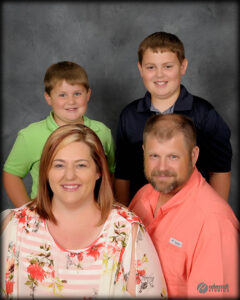 Mia was born in Ozark, Al on August 7, 1980. She is a 1998 graduate of Carroll High School. She pursued a degree in Early Childhood and Elementary Education at Troy University. She taught for three years in the Ozark City School System before pursuing her masters in Elementary Education. After teaching for five years she received her Masters in School Psychometry. She is currently the School Psychometrist for all Dale County Schools.

She was saved in September 2007 and has served in multiple capacities within the children’s ministry program.

She is married to Jason Jones of Ozark, Al and together they have two sons, Slade (born May 2007) and Fisher (born August 2012). 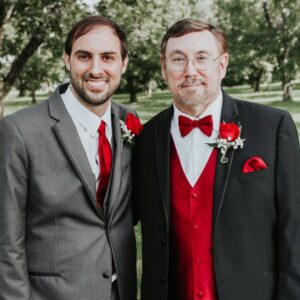 Bro. Johnny was born in Troy, Alabama on January 13, 1955 and grew up in the small Coffee County community of New Hope. He graduated from New Brockton High School in 1973. He attended Enterprise State Junior College, receiving an Associates Degree in Secondary Education in 1975. He graduated from Troy State University in 1977 with a B.S. Degree in Science and Music Education. He received a Masters in Science Education degree from Troy State University in Dothan in 1981. He is a retired high school science teacher. Johnny has served 5 churches, beginning in 1975, when called to Ariton Baptist Church as Minister of Music and Youth. In June 1999 he was ordained into the Gospel Ministry.

He married the former Barbara Batchelor on December 17, 1977. They have two sons, Jesse (deceased) and Joshua. Johnny began serving Ridgecrest Baptist in September 2000 as Minister Of Music. 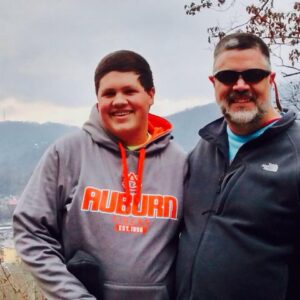 Bro. Scott was born in Ozark, AL June 29, 1970. He graduated from Carroll High School in 1989 and pursued a graphic design major at Enterprise State Junior College and Auburn University at Montgomery. He married Julie in 1995. They have 2 children, Wesley and Brooke.

He was saved in January 1996.  He was ordained and licensed to preach in 2004. Having served churches here in Dale County,     Bro. Scott began his ministry at Ridgecrest in August 2016. He also serves as the Youth Director of the Dale Baptist Association and current Chaplain/Sheppard for American Heritage Girls and Trail Life troops here at Ridgecrest.